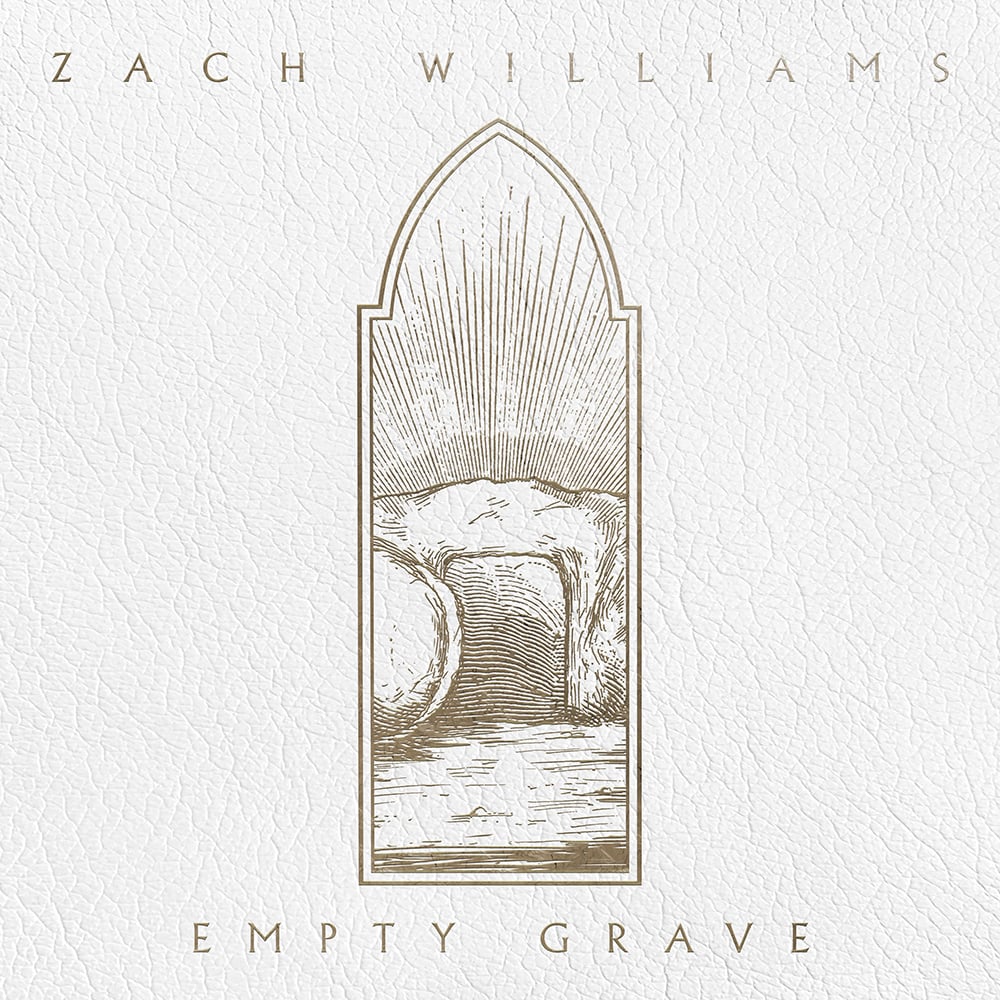 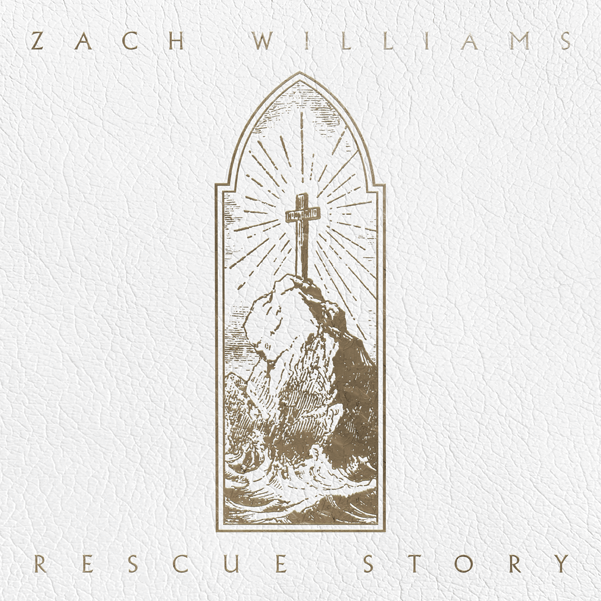 Featuring the songs “Rescue Story” and “There Was Jesus” with Dolly Parton. 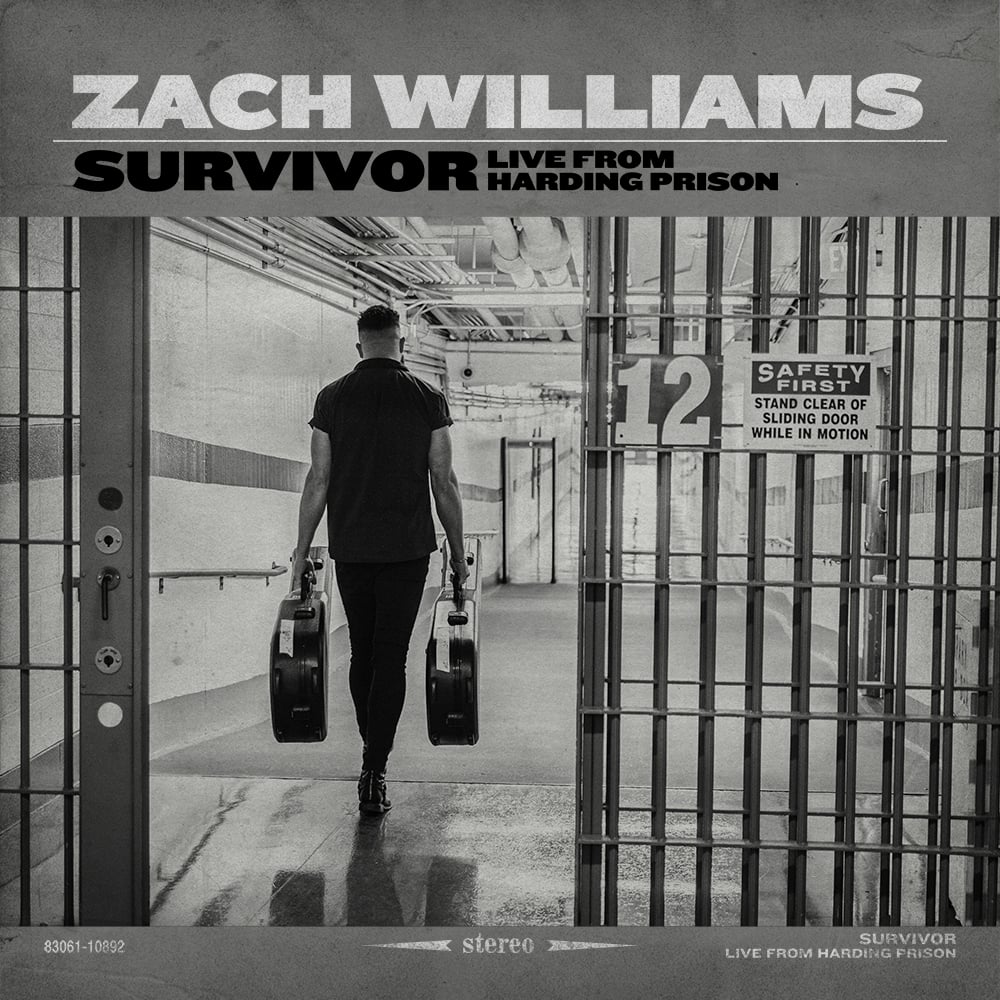 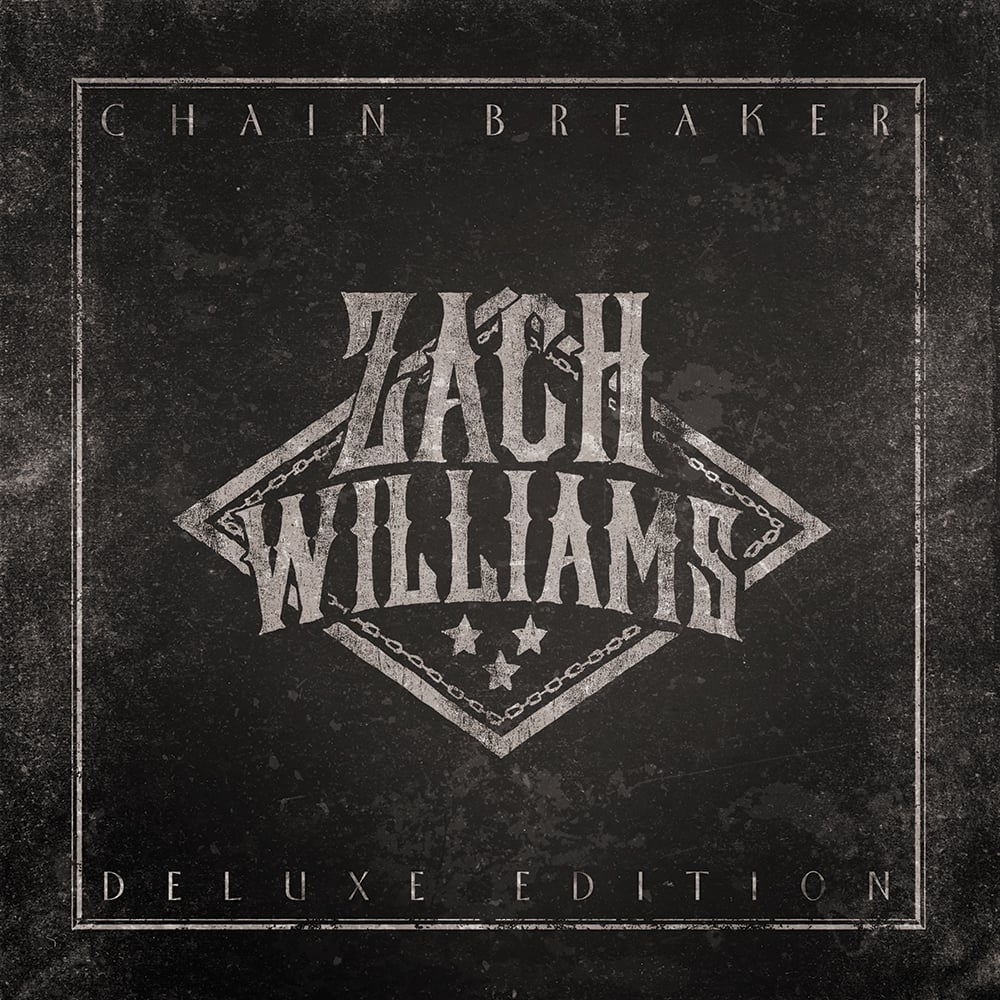 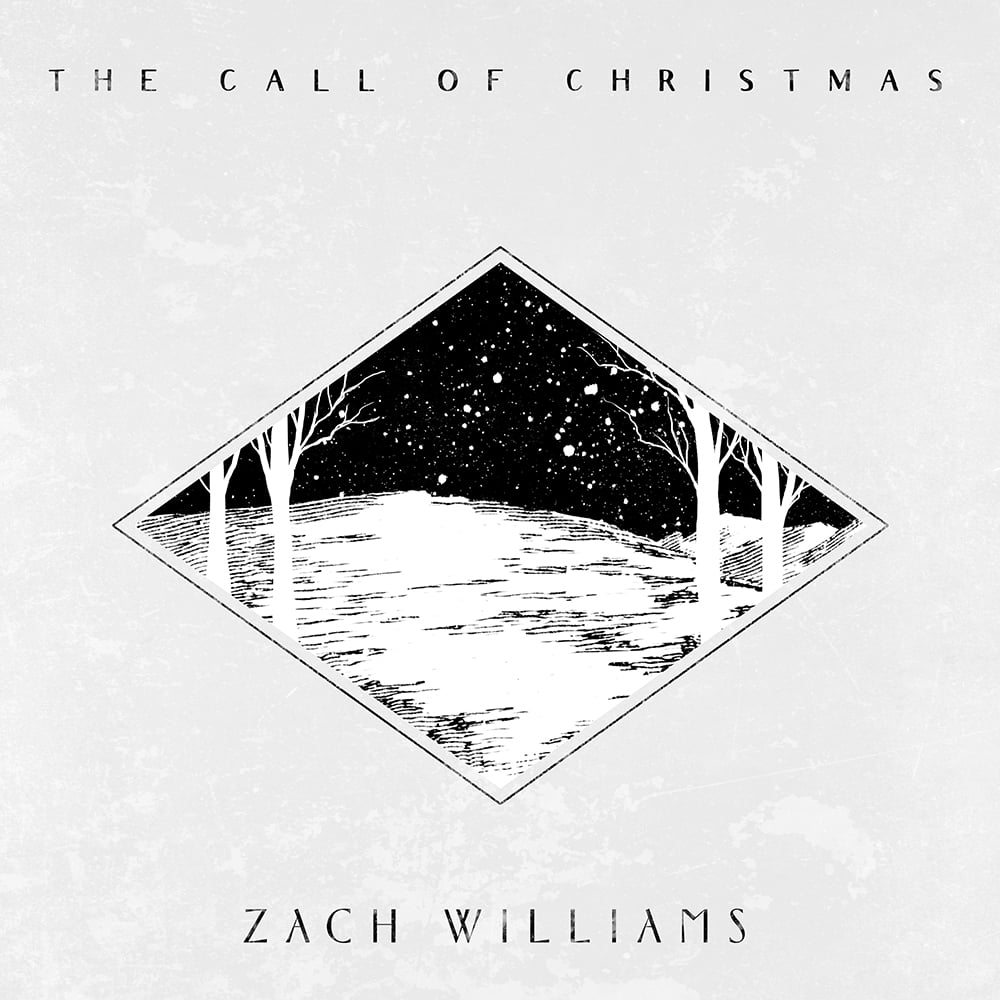 The Call of Christmas 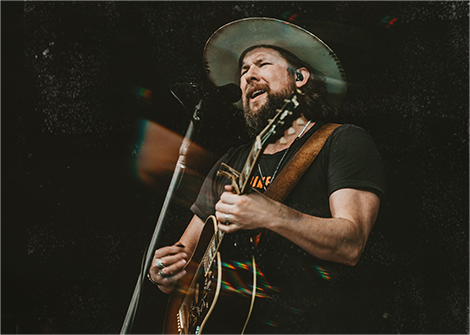 Stay in touch with Zach 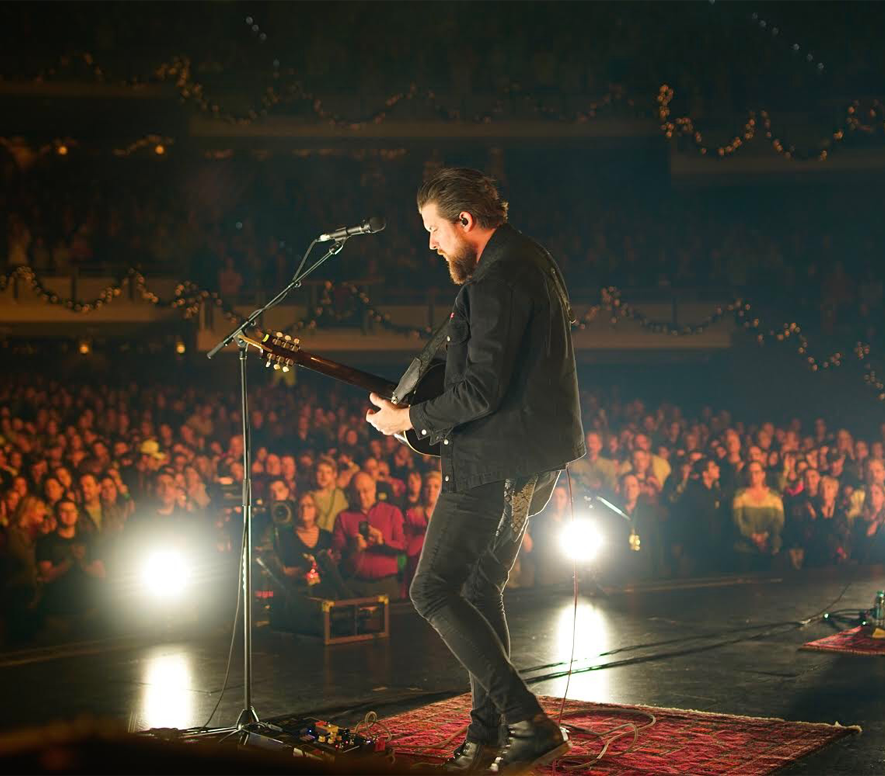 Zach Williams’ powerful and poignant journey spans how a boy with a storybook childhood filled with wonderfully nurturing parents, a strong and supportive grounding in the church, and a warm and loving local community was seduced away by the illusion of rock stardom, and the drug and alcohol excesses that can so often accompany that lifestyle.

These days, the Jonesboro, Arkansas-raised and currently Nashville, Tennessee-based artist is a renewed man. He’s a husband, a father, and has also become one of CCM’s leading artists and songwriters by carving a niche with his singular blend of southern rock, country, and faith-filled songwriting, which quickly awarded him his first GRAMMY Award® with his debut album, 2017’s Chain Breaker. With two additional GRAMMY nods among numerous other accolades, he now returns to share his boldly vulnerable and hope-filled sophomore album, aptly titled Rescue Story.

Zach Williams’ powerful and poignant journey spans how a boy with a storybook childhood filled with wonderfully nurturing parents, a strong and supportive grounding in the church, and a warm and loving local community was seduced away by the illusion of rock stardom, and the drug and alcohol excesses that can so often accompany that lifestyle.

These days, the Jonesboro, Arkansas-raised and currently Nashville, Tennessee-based artist is a renewed man. He’s a husband, a father, and has also become one of CCM’s leading artists and songwriters by carving a niche with his singular blend of southern rock, country, and faith-filled songwriting, which quickly awarded him his first GRAMMY Award® with his debut album, 2017’s Chain Breaker. With two additional GRAMMY nods among numerous other accolades, he now returns to share his boldly vulnerable and hope-filled sophomore album, aptly titled Rescue Story.

Zach’s music pulls from the hard luck truths of outlaw country, the dirt-road grit of southern rock, the contemporary roots music of alt-country artists, and a firm grounding in classic and contemporary Christian artists that stretches back to his dad’s old Petra records. His songs enlighten and uplift, revealing powerful transformative moments and stirring affirmations to stay on God’s path.

Yet, his descent into a drug and alcohol-fueled haze had nothing to do with his upbringing. He grew up attending church regularly with his folks; his father was a worship leader, and his mother sang on praise teams. He was also a star basketball player—like his father—and he came very close to clinching a Division I scholarship. Eventually, he earned a full-ride to Northwest Arkansas but by this time, his partying began to hinder his career aspirations. He busted his ankle during practice before the first game and had to sit out that first season.

In college, while recouping from the injury, Zach began to fumble around on his roommate’s guitar. He soon found writing songs felt natural, and his drive to pursue music surpassed his pro basketball dreams. Post-college, he embraced being a musician, and, at the time, that meant living up to the mythical rock n’ roll lifestyle. Soon, he became the front man for an on-the-rise rock band, touring tirelessly, and embodying the rock star pose. “I realize now, I built up this persona that just wasn’t me. I was full of myself, and I was a jerk to a lot of people,” he shares candidly.

By his late 20s, he burned through a marriage, and now was close to burning through his second one. While remarried with two stepchildren and a loving wife, he started to see his demons rise, and with the encouragement of his wife, made headway into facing them. His first stark reality check came via a doctor’s visit where he had to confront a possible esophagus cancer scare. At the time, the doctor sternly warned him his lifestyle would kill him, but he didn’t heed these warnings. He just buried his fear and put off facing reality through consuming drugs and alcohol more voraciously than ever.

A dim light came on when one of his bandmates began attending a church in Jonesboro, and Zach and his family decided to follow suit. They were immediately embraced by the church community, and there they found a spiritual home. Slowly his rock star veneer began to chip away as he delved deeper into renewing his faith in Christ.

Zach tried to carry this spirit with him on his band’s European tour in June 2012—he even promised his wife he would abstain from drugs and alcohol. While on the road, though, his days vacillated between passionate talks about Christ, faith, and a new life with his church-going bandmate, as well as partaking in the soul-sucking indulgences of the cliched rock n’ roll way of life. He was on a dizzying rollercoaster of the soul.

In many instances while on the road, he found himself on the phone with his wife, slurring his words, barely able to hold a conversation. But it was during his band’s tour throughout Spain that he experienced a hazy moment of reflection. The bus driver was skipping through radio stations when “Redeemed” by Big Daddy Weave was playing on one of the channels. That chance finding became a life-changing moment for Zach, and at that instant, he realized maybe he wasn’t too far-gone to be saved.

Later that evening back in the hotel, in desperation, Zach knew he was a broken man. His life had to change or he’d lose everything. He called his wife bursting with news of the start of a transformation—he told her he was done, he was quitting the band and was coming home. She was hesitant to believe him—here he was a mess one night, and purposeful the next morning—but he was true to his word.

“I can remember walking through the front door crying after I got back from that tour. I apologized to my wife and my kids. I asked God to be the Lord of my life, and things started to change,” he says. “I remember getting on my knees praying, saying ‘I don’t care if I don’t do music again. I will find a job, go to church, and be a good dad.’”

Zach’s family, rediscovering his faith, and sobriety became his primary concerns. He took a job in construction working for his father’s company to pay the bills while he humbly rebuilt his life. Through a commitment to Christ, humility, and love, he began to piece his life back together, and Christ’s love shined down on him, illuminating the path ahead.

“We worked on things really hard as a family—we started a whole new life,” he says. Zach and his family were baptized, and he was given the honor of being campus director and worship leader at their church’s new campus, which led to a full-time position after a year of being part-time at the church while still working for his father. “The first time I led worship was the first time in life I felt like I wasn’t faking it,” he shares.

The gifts of repentance, and the promises of a second chance, filled his life as he embraced sobriety, Christ, family life, and his newfound connection with church. For the first six months in this new life, he didn’t play music, yet slowly, music started playing through him. While on the job, he started hearing lyrics and melodies, and organically, his heart began to open to a new music. When he would come home, he would go into the bathroom, sit on the edge of the bathtub and let songs of salvation pass through him, capturing lyrics, melodies, and full songs.

“One thing after another, God showed up,” he shares, recalling the miracles of his second chance in music. The power of faith changed everything as he began to ascend into the makings of a promising music career.

It was Christmas Eve in 2014 when a seismic stroke of divine intervention occurred. That particular evening, he happened to be filling in leading worship at their church’s main campus. Music producer and songwriter Jonathan Smith, who was visiting his wife’s family who attended that church regularly, was in the congregation. Zach recalls: “He heard me sing and invited me to have coffee. He said, ‘I need to hear your story—people don’t sing like that without a story.’”

Jonathan then invited Zach to come to Nashville to write with him and Mia Fieldes, which led to the trio writing his debut smash single, “Chain Breaker.” Soon, Zach found himself making the trek to Music City more and more often and a new career began to slowly come into focus. “Chain Breaker” was eventually played at a label meeting, and it was like something out of a movie—Zach was signed to a record label based on his singing at church and the song’s demo version.

During this time, Zach’s wife was invited to tell her story of Christ to inmates at a prison. She shared with him how transformative the experience was for her and for the inmates, and suggested he also spread Christ’s love and recount his powerful story. At first he hesitated, but she signed him up for an appearance without him knowing. “I was scared,” he admits. He pulled in his guitarist buddy from his old band who showed him the way back to church, and the two performed for the inmates.

“I remember after playing the song ‘Washed Clean,’ I opened my eyes to see 35 inmates on their knees, giving their lives to the Lord. Me and my buddy, Robbie, were in tears,” he recalls. “Those were redemptive moments because the way I was living, I could have been right there in prison, too.”

Continually inspired by prison ministry, Zach decided to follow up his Chain Breaker album with the poignant six-song EP, Survivor: Live From Harding Prison, which was filmed and recorded during a concert for inmates of the Tennessee-based penitentiary. The EP also earned him his third GRAMMY nod in a row, adding to his growing list of No. 1 songs, awards, accolades and certifications.

Most of all, thanks to his faith, Zach has gone a different way with his life. He’s been blessed with a second chance with a loving family and a fresh start with music. “The biggest thing I’m grateful for is my relationship with my wife and kids,” he shares. “Now, I won’t play anywhere where they can’t come along.”

With this immense clarity of purpose given from God, he has also been blessed with a crisp and renewed vision of who he is as an artist and a songwriter. “I have a lot to say about what I walked through to get to where I am,” he exclaims, which he also shares in his epiphanic journey throughout Rescue Story. It’s an emotive album, brimming with goose-bump inducing moments of enlightenment, redemption, personal revelation, and of courageous self-reflection. This new collection of songs fit together much like a book, with each song being an essential chapter in the overarching narrative. Musically, the album further explores the distinct country and rock n’ roll sensibilities that inform Zach’s stirringly soulful songwriting.

Reflecting on his new album, and the blessings Christ has given him, he says: “When I gave my life to the Lord, I realized He never left me, even in the dark times. For this new album, the title fits because every song in it has a rescue story. When you’re at your end of the rope, that’s when your rescue story begins. In my case, Jesus has been my rescue story.” 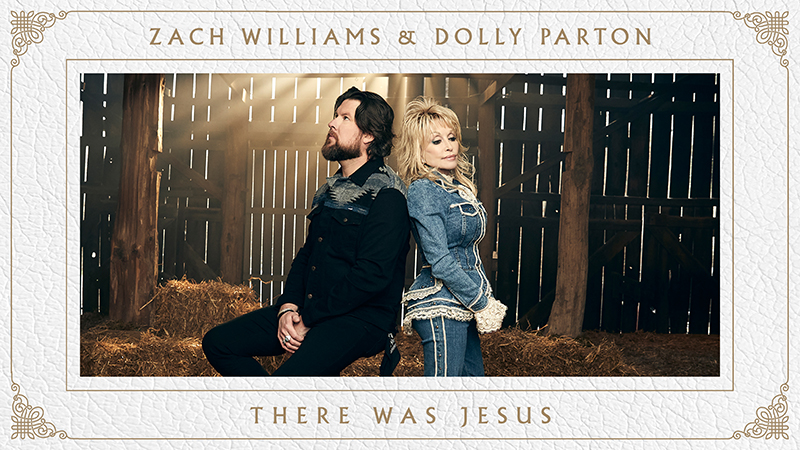